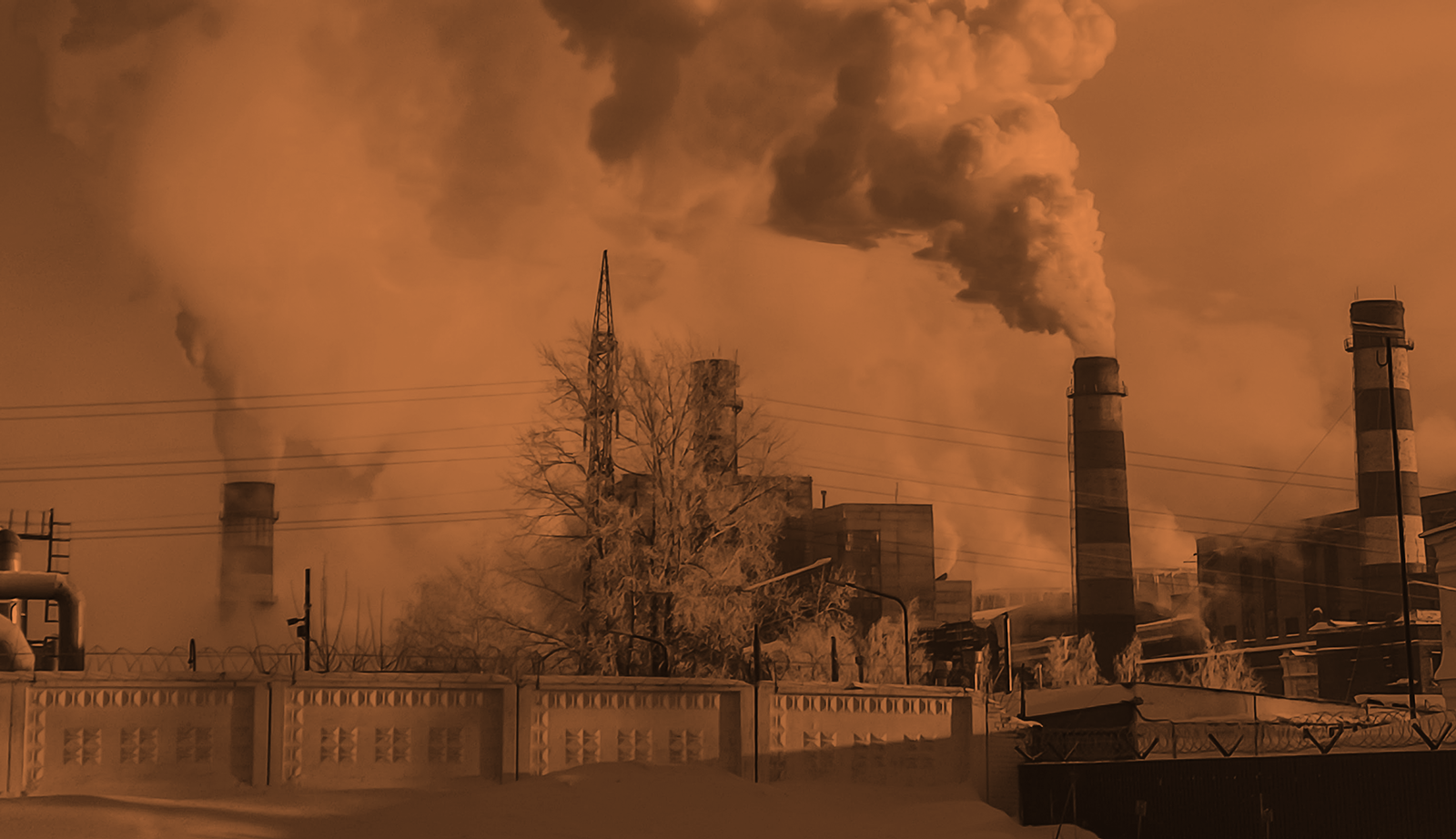 Carbon Dioxide Equivalents – How To Measure All Your Greenhouse Gas Emissions

Greenhouse gas (GHG) levels in the atmosphere are at an all-time high due to human activity, especially that of industry. It’s important that businesses understand which gases matter and how to measure these gases using the common approach of carbon dioxide equivalents, a way to measure all the greenhouse gases including carbon, methane and nitrous oxide.

The primary cause of greenhouse gas emissions is the burning of fossil fuels, which is occurring at a current rate at which the environment’s natural reuptake and stabilization cannot keep up. This leads to excess levels of greenhouse gases being trapped in the atmosphere thus warming the planet and starting to shift the global temperature into levels never before experienced in human society. Since industry is the largest contributor to greenhouse gas emissions, businesses must understand their total emissions through carbon dioxide equivalents to assess where they currently stand and create a path to move forward.

While carbon dioxide (CO2) tends to be the most commonly discussed and recognized GHG, there are numerous other greenhouse gasses including methane, nitrous oxide, sulfur hexafluoride, and hydrofluorocarbons. Each of these gases remains in the atmosphere for different lengths of time, contributes differently to the greenhouse effect, and has a different global warming potential (GWP).

The three major greenhouse gases are carbon dioxide (CO2), methane (CH4), and nitrous oxide (N2O). Fluorinated gases are another, less prevalent type of GHG that are still significant as they have a long atmospheric lifetime and are attributed to ozone depletion.

Carbon dioxide is the most prevalent greenhouse gas and is responsible for about three-quarters of global emissions. Carbon dioxide is naturally released into the atmosphere through animals and microorganisms and is absorbed by plants and other natural systems such as the ocean.

The three main sources of human-induced CO2 emissions are transportation, electricity, and industry. Fossil fuels are the primary source of CO2; however, CO2 can also be emitted from direct human activities including deforestation, agricultural land clearing, and degradation of soil.

Traditionally, the ocean, soil, and forests have acted as carbon sinks, systems that absorb more carbon from the atmosphere than they release. However, increased human activity including emissions, deforestation, and land degradation has disrupted the balance and released more carbon into the atmosphere than carbon sinks can absorb. This is especially evident in the ocean, which is estimated to absorb a third of CO2 emissions and 90% of the excess heat generated from increased emissions and global warming. The ocean is already seeing disastrous impacts from increased CO2 including higher temperatures, increased salinity, and associated massive species die-outs including coral bleaching.

Methane’s lifetime in the atmosphere is shorter than CO2; however, CH4 is much more efficient at trapping radiation and heat. There are some natural sources of methane including natural wetlands (largest source), natural decomposition of organic materials, volcanoes, and wildfires.

Methane is released into the atmosphere by humans through three major categories: agriculture, energy and industry, and waste from homes and businesses. Domestic livestock release methane as part of their natural digestive process and methane is produced through the storage of animal manure. Since the demand for animal agriculture is so high globally, huge amounts of methane are released into the atmosphere.

Methane is the primary component of natural gas and is emitted throughout the production, processing, transmission, and distribution of natural gas and the production, refinement, transportation, and storage of crude oil. It is particularly important to understand the environmental impact of methane emissions as governments are considering a transition to natural gas systems rather than directly to renewable energy. Without careful consideration, methane emissions would considerably increase and have a potentially greater warming impact.

Landfills are another source of methane emissions through the decomposition of waste from homes and businesses. Organic waste sent to landfills and anaerobic digestion at biogas facilities both emit methane into the atmosphere. Methane is also generated through wastewater treatment.

Nitrous oxide naturally occurs in the atmosphere as part of the nitrogen cycle- the natural circulation of nitrogen among plants, animals, microorganisms, and the atmosphere. The natural emission of N2O comes from bacteria breaking down nitrogen in soils and the ocean. N2O molecules remain in the atmosphere for an average of 114 years and are removed either through a sink, absorbed by bacteria, and destroyed by UV radiation or chemical reactions.

Nitrous oxide is emitted by four major human sources: agriculture, land use, transportation, and industry. N2O is released typically through soil management activities in agriculture including the application of fertilizers, cropping practices, burning of agricultural residue, and forest fires.

Fluorinated gases are another category of GHGs that are less significant; however, they have a very high global warming potential relative to other GHGs, thus are important to monitor. Fluorinated gases have long atmospheric lifetimes, sometimes thousands of years, and are only removed when they are destroyed by sunlight in the upper atmosphere. Unlike methane, carbon dioxide, and nitrous oxide, fluorinated gases have no significant natural sources and come almost completely from human activities. The most common fluorinated gases are hydrofluorocarbons (HFCs), perfluorocarbons (PFCs), sulfur hexafluoride (SF6), and nitrogen trifluoride (NF3).

Hydrofluorocarbons (HFCs) were developed as a replacement for chlorofluorocarbons (CFCs), the gas responsible for the hole in the ozone layer which is being phased out through the Montreal Protocol. HFCs are used as refrigerants, aerosol propellants, foam-blowing agents, solvents, and fire retardants. The greatest source of emissions for HFCs is through their use as refrigerants.

Perfluorocarbons are produced as a byproduct through the production of aluminum and the manufacturing of semiconductors. Sulfur hexafluoride is used in semiconductor manufacturing as well and as a tracer gas for leak detection and an insulating gas in electrical transmission equipment.

To standardize and facilitate a comparison of the effects of the different greenhouse gases, the Intergovernmental Panel on Climate Change (IPCC) created a metric for “Global Warming Potential”(GWP). GWP is a measure of how much energy the emissions of 1 ton of a gas will absorb over a given period of time compared to the emissions of 1 ton of carbon dioxide (CO2). Typically, GWP is estimated over 100 years. Measuring GWP provides the opportunity for policymakers to compare the emissions and impact of different greenhouse gasses and create effective reduction strategies.

When discussing and measuring emissions, carbon dioxide is the most common; however, CO2 is not the only greenhouse gas driving climate change that needs to be calculated. To get an accurate picture of total emissions and compare overall environmental impact, scientists developed the carbon dioxide equivalence.

How to Calculate Carbon Dioxide Equivalents

Carbon dioxide equivalents can help lawmakers and practitioners aiming to reduce emissions gain an understanding of the overall current and potential environmental impacts associated with the different greenhouse gases. Additionally, it helps lawmakers sum up overall emissions of greenhouse gases in a single metric.

Thanks to the CO2eq measurement, scientists have discovered that as of 2019, 50 billion tons of CO2e each year are emitted into the atmosphere, 40% higher than emissions in 1990.

Though the carbon dioxide equivalent formula allows scientists to get an accurate picture of total emissions and impact on global warming, it can still be difficult for laypeople to understand and apply to their own businesses or life. For this reason, the EPA created a Greenhouse Gas Equivalencies Calculator. This Calculator translates abstract emissions data into concrete, digestible terms such as annual emissions from cars, households, or power plants.

This calculator can help users assess where they currently stand with overall emissions relative to measurements they understand and communicate their GHG reduction strategies and targets.

Additionally, the calculator populates the equivalences compared to climate mitigation strategies. For example, 5,000 gallons of gasoline is equivalent to the emissions avoided by: 15.4 tons of waste recycled instead of landfilled, 1,923 trash bags of waste recycled instead of landfilled, 1,684 incandescent bulbs switched to LEDs, and 735 seedlings grown for 10 years.

Green Business Bureau also offers a Carbon Footprint Calculator. As part of the GBB membership, all members have access to an intuitive online carbon calculator that makes it easy for businesses to accurately estimate their carbon emissions and footprint.  They partnered with Aclymate, one of the leading carbon accounting software companies in the industry.

There is no way around it – greenhouse gases released into the atmosphere through human activities are rapidly increasing and changing the climate along with it. While global governments are in a pressing position to reduce overall emissions, businesses are also responsible to lessen their emissions footprint and associated environmental impact. Though carbon dioxide is the most recognized form of emissions, methane, nitrous oxide, and fluorinated gasses each contribute to global warming to varying degrees with different atmospheric lifetimes and impacts and it is important to measure and compare each through carbon dioxide equivalents to get an accurate picture of overall emissions.

Measuring carbon dioxide equivalents will help businesses understand where they currently stand with overall emissions and create a measurable, target-based plan, to reduce ALL emissions, not just CO2. The greenhouse gas equivalent calculator can help communicate to stakeholders and employees where a business currently is with emissions in comparisons they understand and show tangible improvements. Businesses should then regularly measure their carbon footprint, either quarterly or annually to understand the progress of their sustainability initiatives. Green Business Bureau also provides an EcoScorecard which provides a 2nd tool to track the progress of a sustainability program.  This scorecard assigns EcoPoints to initiatives and total points map to a Bronze, Gold, or Platinum level of green business certification. Together the GBB Carbon Footprint and the GBB EcoScorecard give businesses a complete picture of their sustainability.

All businesses must understand how much they actually emit before they are able to truly reduce their emissions across all scopes. It’s good for business and good for the planet, there’s no reason not to start now!

Understanding the Anthropocene, Resilience Thinking, and the Future of Industry

What is the Net-Zero Meaning in Business?

GBB is a Proud Member of 1% for the Planet